Could stress contribute towards Alzheimer’s disease?

Whether you spend the majority of your time running the household or clocking hours at work, nearly everyone is certain to have experienced the effects of stress at some point in their life. It can manifest in different ways for different people, making some feel frustrated or irritable, others anxious and worn out.

According to the latest national survey by the Australian Psychological Society (APS), over a third of respondents (35 per cent) reported living with ‘significant stress’. The same study revealed that the leading causes of stress were finances, personal health and family issues.

“We need to look at the impact of stress on society as a whole, and what we can do to reduce the potential for stress related harm,” Executive Director of the APS Professor Lyn Littlefield had to say about the findings.

One of the perhaps lesser known side effects of stress is the link to Alzheimer’s disease (AD) and dementia. Here, we take a closer look at the connection between the two.

How does our body react to stress?

Acute stress, short-term and often sudden, can be thought of as our body’s reaction to swerving in the car to avoid a pedestrian. It spurs our heart into a faster rate, and causes our body to release what are known as ‘stress hormones’, namely cortisol and adrenaline.

However, it is when stress is ongoing, or chronic, that these fight-or-flight reflexes can result in adverse effects for our health. Our heart can undergo extra strain due to the increased heart rate, and we can also put ourselves at higher risk for hypertension or high blood pressure.

What is the role of stress in dementia?

Alzheimer’s Australia estimates that there are over 340,000 people living with dementia across the country, with some 1,800 new cases reported each week. In New Zealand, the figure is over 40,000, with the number of people affected expected to grow to over 140,000 by 2050.

It involves a range of symptoms relating to cognitive decline through a loss of memory, social skills, rationality and intellect. Studies have shown that dementia patients are often found to have elevated cortisol in their blood, with the University of California, Irvine (UCI) explaining the higher the level, the greater the memory impairment.

The UCI’s Institute for Memory Impairments and Neurological Disorders found that cortisol can lead to the production of amyloid-beta peptide (Ab), a type of ‘sticky protein’ that forms a plaque in the brains of people with AD.

This suggests that people with chronic stress, who have greater cortisol circulating throughout their system, could also have a higher risk of developing AD.

While further research into the effect of stress on dementia could prove beneficial for helping to prevent the disease in years to come, there is fortunately also support for the many people already living with the condition through assistive technology.

To find out more about Tunstall’s connected care solutions for people with dementia, don’t hesitate to contact our knowledgeable team today. 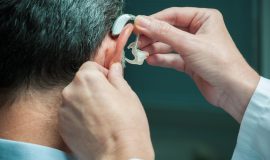 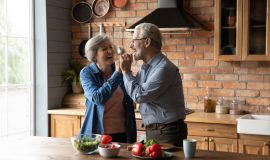 Dementia Risks and Care: 9 Steps You Can Take to Slow Down Dementia
February 22, 2021 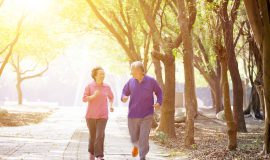 Walking the walk in aid of Alzheimer’s with Tunstall Healthcare
April 11, 2016