Modern Ageing: Here’s Why It’s an Opportunity, Not a Threat 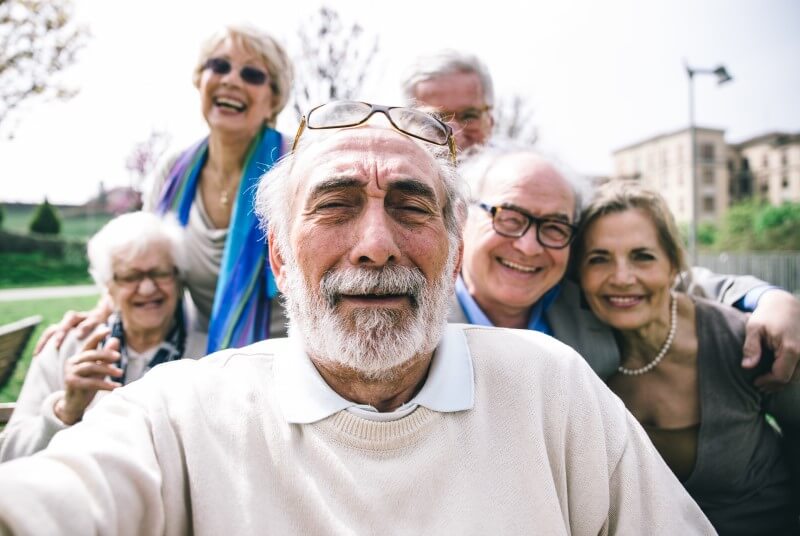 Today’s ageing population is growing fast, both in Australia, New Zealand and all over the world. As such, it’s time to move past seeing seniors as a “burden” on society. The way forward is to empower the ageing population to seize opportunities that allow them to contribute to the community through the concept of modern ageing. In this article, you’ll learn about modern ageing and how it can empower today’s elderly population.

Across the globe, people are living much longer than before; more can expect to live past 60 years old. The World Health Organization (WHO) says that by 2050, the world’s population aged 60 years and older will be at 2 billion.

The Western Pacific Region is home to one of the world’s largest and fast-growing ageing populations. Over 700 million people aged 65 years and above currently live there, and this figure is expected to double by the year 2050.

The trend of a growing ageing population is also strong in Australia and New Zealand. The Australian Institute of Health and Wellness (AIHW) reports that 15% of the 2017 Australian population—equivalent to 3.8 million—were aged 65 years and above, while in New Zealand the number is 15.2% (715,200) according to EHINZ.. That’s one in seven people. Further, these figures are expected to continue rising in the next few years.

Our ageing population’s continuous growth brings to light the difficulties that many senior citizens face. It’s these challenges that make many afraid of growing old. Among the most common and prevailing difficulties are:

Diversity Among the Elderly

Despite what most people think, not all the elderly aged 60 years and older are the same. For example, some people in their 70s still have the physical fitness and mental sharpness of most 30 years olds. Meanwhile, some aren’t as strong. The point is that not all the elderly are the same. People experience ageing differently; these experiences should be considered when providing the ageing population with the appropriate healthcare.

Not everyone has easy access to healthcare. Factors such as socioeconomic status, sex, and even ethnicity can determine how easy or difficult it’ll be to access health services. Studies have shown that the availability and affordability of senior procedures and cognitive care make it hard for many elderly Australians to access health services. Addressing these inequalities is becoming more crucial for providers and government, given the expected rise in its ageing population in the coming years.

Perhaps the most common and hurtful among the challenges facing the ageing population are the prevalence of ageist stereotypes. You’ve heard many of them before; often, the elderly are labelled as weak, unproductive, and highly dependent. They’re perceived as a burden on society. These stereotypes lead to discrimination, resentment, and fear, making it hard for many seniors to go about their daily lives.

The Ageing Population as a “Burden” on Society

Experts note that advancements in science and medicine have helped people all over the world live longer. In Australia and New Zealand, life expectancy trends have been going up in the past century. Australians and New Zealanders both have a life expectancy of  about 80 to 85 years old. The thing is, just because people are alive for longer doesn’t necessarily mean they’re living fuller and better lives.

If you think about it, many people are used to the idea of working until they’re old. This ensures that they have enough finances to sustain themselves through their retirement. But what about those who couldn’t save up enough retirement funds? There lies the problem with how ageing is viewed today. If the elderly persons do not have enough funds to sustain their life during retirement, they are considered a “burden” to society, as the government will have to care for them.

The fact is today’s ageing population is growing fast. Recognising and addressing the elderly population’s needs is just the first step to help them enjoy a productive life even into their old age. The crucial next step would be to empower the ageing population so that they’re able to continue contributing to society in their own way. The challenge now is for societies to recognise that ageing is far from being a burden; instead, it’s a stage in one’s life filled with opportunities.

This is where the concept of modern ageing comes into play. The Global Centre for Modern Ageing (GCMA) defines modern ageing as a global movement that welcomes people having longer lifespans and dispels myths about the elderly being incompetent and out of touch with reality.

Viewing ageing this way negates the stereotype that seniors can no longer be productive members of society. By adopting the idea of modern ageing, people are no longer tied to the idea of working until they’re old enough to retire. Modern ageing sees a person’s life play out in phases. In each phase, a person can productively contribute to society in their own way, whether through work, enterprise, leadership, and more.

At the core of modern ageing is inclusivity. Through modern ageing, the elderly are no longer excluded from certain aspects of society. Instead, they’re allowed to engage in productive activities throughout their years, giving them a sense of fulfilment even well into their old age.

The GCMA launched the Modern Ageing Portal that provides tips and links to help older people adapt to the concept of modern ageing, with information on staying healthy, connected, and active to help seniors live longer, healthier, and happier lives. Doing these things also empowers them to productively contribute to the communities they belong to.

At Tunstall, we also believe that seniors play a pivotal part in today’s society. To help empower seniors to live productively even in their later years, we’re committed to supporting people to live safely and independently in a place of their choice through proactive Connected Healthcare. Combined with our range of personal alarms, fall detectors and other connected devices, we’re working directly with clients and allied health professionals to help people live more independently regardless of their age or ability.

Feel free to enquire about our Connected Healthcare services and personal alarms for seniors today, and join the Modern Ageing movement. 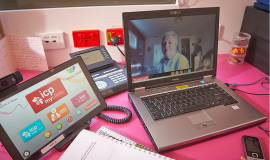 Rolling out a successful telehealth project
May 27, 2015 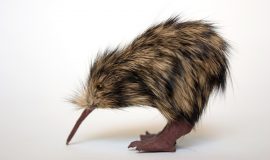 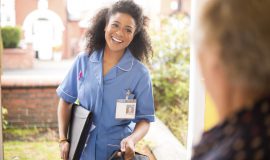 How can myCareTrack benefit you or your employees?
September 23, 2015